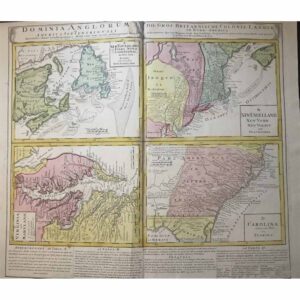 1762, by J. B. Homann & Homann Heirs, from “Atlas Homannianus Mathematico-Historice Delineatus’, copperplate engraved, original hand color. Nuremberg, Germany. 24 x 20 1/2”. Authenticity Guaranteed.
A very important map of the North American colonies made during the time of Spanish War of Succession based on the map by Guillaume De L’Isle. Based on many explorers including Brigsstock, Lederer, Le Sueur among others. The course of the Mississippi River, Arkansas and Missouri rivers are at least attempted to be shown. Great detail of the Texas area. Besides Mexico the French controlled Louisiana territory dominates this map. The French claims are shown on this map with French  claims stretching from the Rio Grande to the Appalachian mountains, from Florida to all of the Great Lakes into Canada  The British American colonies on the eastern seaboard, are shown with all major cites and rivers. The mythical kingdom of Quivira a supposed land of gold and silver is mentioned. Dotted lines track the route of the Spanish ships. Many native tribes, mountains, rivers and European settlements are mentioned.  Most of Mexico, all of Central America, into northern South American is covered, along with the islands of the West Indies. Busy with trade and war ships at the time. Multiple cartouche’s decorate this map, the largest shows a mountain and gold mining. Ships firing on each other is the subject of the lower image. The title cartouche shows indigenous peoples.
Some minor water stains are on the map otherwise in fine condition. 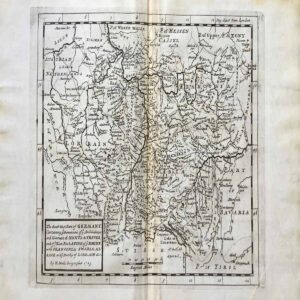 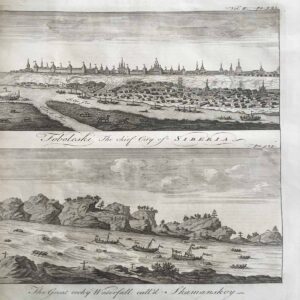 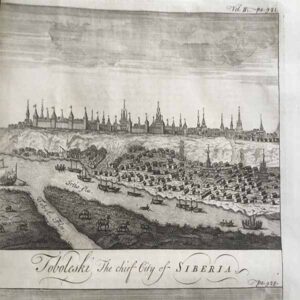 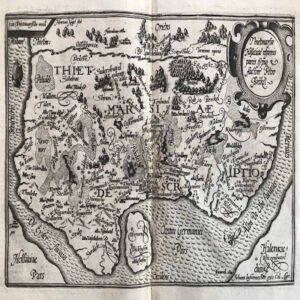 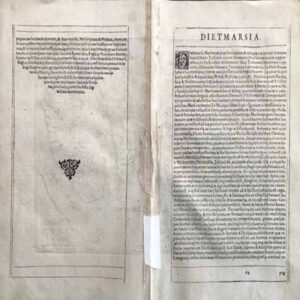 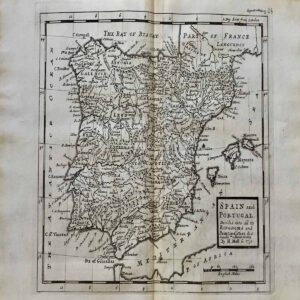 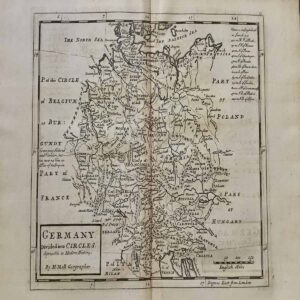 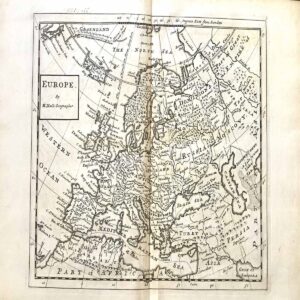 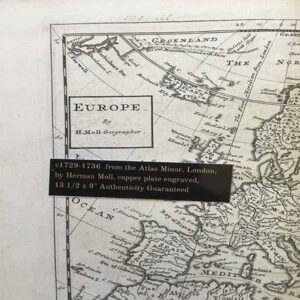 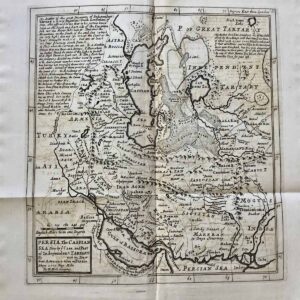 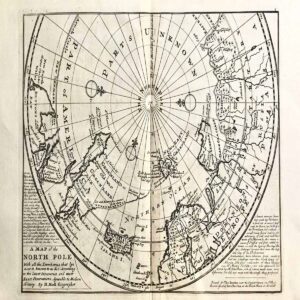 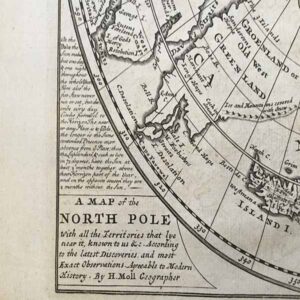