Byzantine empire. Anastasius l $32.00
Back to products
Next product 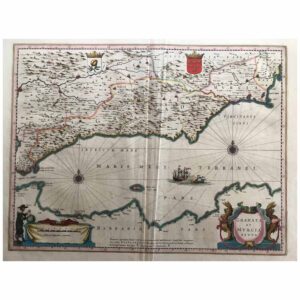 Peru, shows the viceroyalty with all present day Peru, Ecuador and parts of Bolivia and Chile. Published in ‘De Nieuwe en Onbekende Weereld’.  Considered the first encyclopedia to focus just on the America’s.
Published in Amsterdam.
Extremely beautiful early map is richly decorated with two cartouche’s. The upper cartouche shows locals in native costumes, two carrying weapons. Natural history is also represented with a Lama, armadillo, lizard and a snake as well as plants. Cornucopia shows fruits. Lower cartouche shows a miles scale with mermen and a mermaid.  Further decorative features include three ships, one firing cannons, a sea monster is also of the coast. The major cities shown include Lima with the port of Callao, Quito, La Paz and Potosi, among other. Mountains, rivers along with  lake Titicaca are shown. Two curiosities of the map include the omission of the great Inca capital of Cusco, a error.  As well as showing the compass rose incorrectly oriented. Pointing towards the top, north should be pointing to the left in this map.
Copperplate engraved.
Original hand color.
17×15 1/4”.
Overall in good condition. (Examine the multiple pics shown including verso).
Minor foxing on margins. 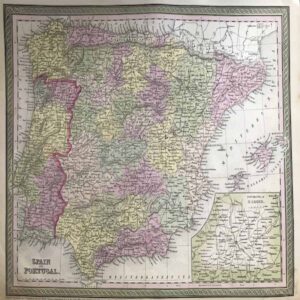 Spain & Portugal with insert of Madrid. 1850 by Thomas 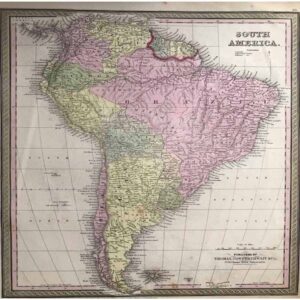 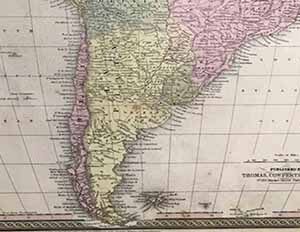 South America. Showing many boundaries that existed for a short time only. 1850 by Thomas 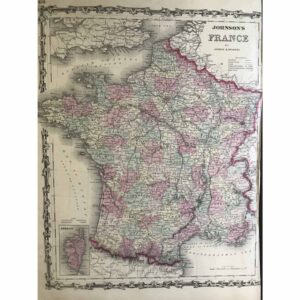 1861 France with insert of Corsica. By Johnson 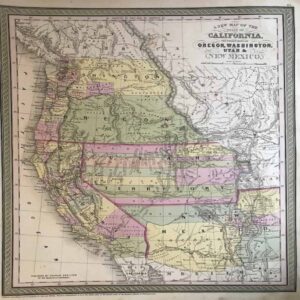 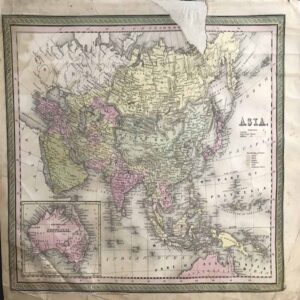 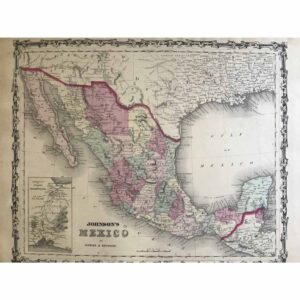 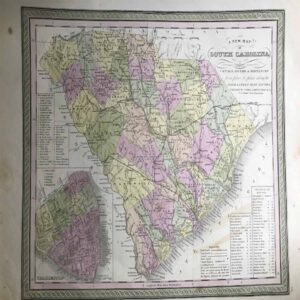 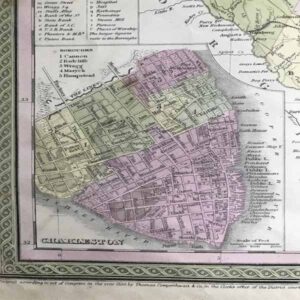